Nokia G10 has been launched in India as HMD Global’s new smartphone. With the launch of the Nokia G20 smartphone in July, this device comes as the latest edition of the Nokia G series. 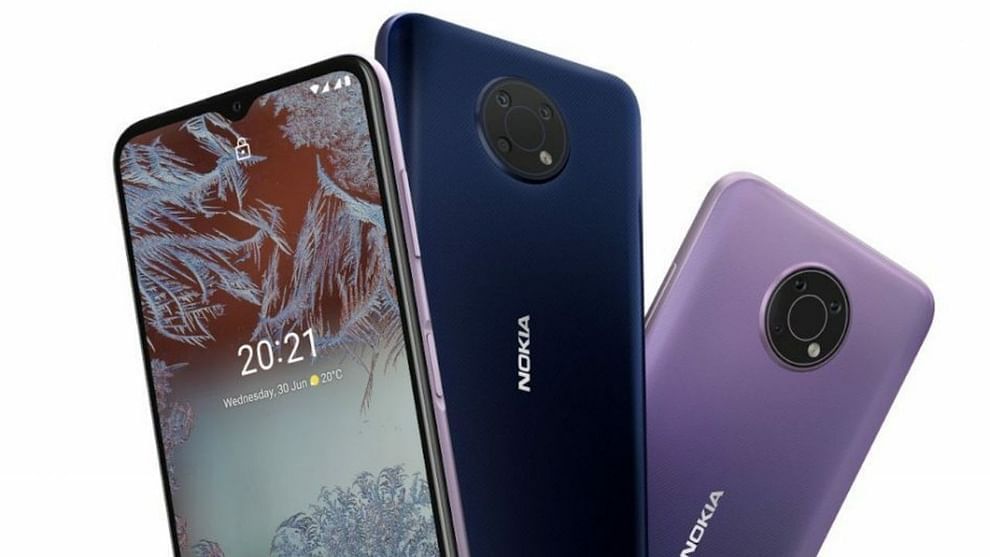 Mumbai: Nokia G10 has been launched in India as HMD Global’s new smartphone. With the launch of the Nokia G20 smartphone in July, this device comes as the latest edition of the Nokia G series. Key features of the Nokia G10 include a large battery as well as a triple-lens camera setup on the back. The Nokia G10 gets a classic look on both the rear and front with Nokia branding. The company has introduced it in the mid-segment. The smartphone is already available for sale on the official online Nokia store. (Nokia G10 launched with triple camera, 5050mAh battery at 12149 rs price)

The Nokia G10 is priced at Rs 12,149 and is already ready for sale. The phone is available in two colors, Knight and Dusk. There is only one memory type for the smartphone that comes with 4GB RAM and 64GB internal storage.

Nokia Mobiles has partnered with Jio to offer shoppers a discount on the device. The original price of the smartphone has been reduced by Rs 999 due to the discount. The smartphone is priced at Rs 11,150. Geo customers who get recharges of Rs 249 and above will also be eligible for benefits of Rs 4,000 on Myntra, PharmEasy, Oyo and MakeMyTrip.

The Nokia G10 features a 6.5-inch HD + display, which comes with a 20: 9 aspect ratio and a Waterdrop selfie shooter. The smartphone runs on MediaTek Helio G25 SoC and runs Android 11. HMD Global will also offer two years of software upgrades and three years of security updates on the device.

The Nokia G10’s optics include a rear triple-lens camera setup with a 13-megapixel primary lens. The camera also has a 2 megapixel macro lens as well as a 2 megapixel depth sensor and flash LED. The front has an 8 megapixel selfie shooter.

Connectivity options on the device include Bluetooth 5.0, WiFi 802.11, 3.5mm headphone jack and dual SIM support. Nokia G10’s memory can be expanded up to 512 GB with a microSD card. The smartphone offers a 5050 mAh battery pack. This phone also has a side-mounted fingerprint sensor. There is also a dedicated button for Google Assistant. The Nokia G10 weighs 197 grams.