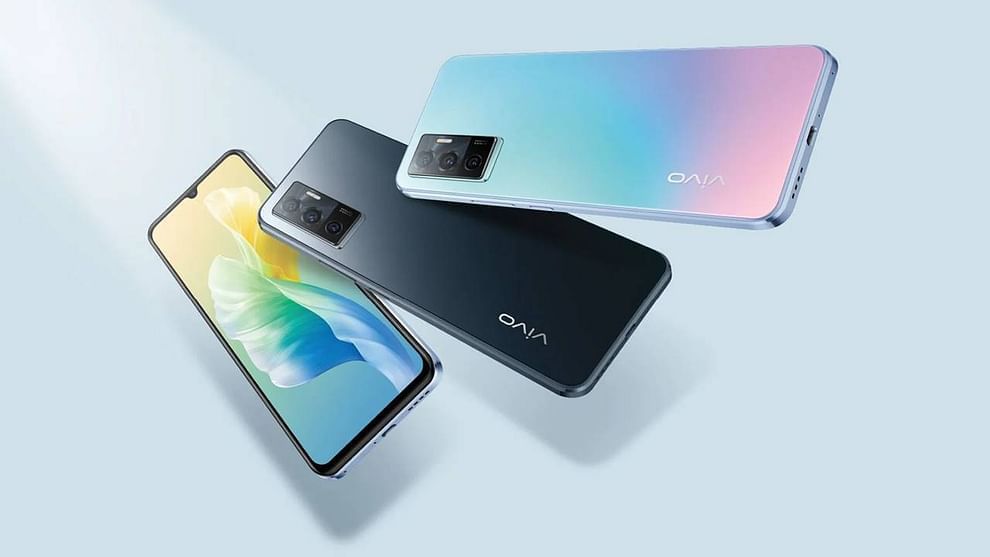 Mumbai: Vivo has launched its new smartphone, named Vivo V23e. This is the first phone in the Vivo V23 series. The mobile phone has a 64-megapixel primary camera on the back panel, while the front has a 50-megapixel rear camera for selfies and video calling. It also has many other powerful features. It also comes with MediaTek processor and fast charger. (Vivo V23e launched with 64MP triple rear camera and 50 MP selfie camera)

The Vivo V23e has a 6.44 inch AMOLED display. In addition, it has an in-display fingerprint scanner and a full HD Plus display. Which comes with a refresh rate of 60hz.

The company has used Helio G96 chipset in this Vivo smartphone, which will give users better speed. Also, this phone will get 8 GB RAM and 128 GB internal storage space. The company has given it a 44W fast charging system, along with a 4050mAh capacity battery. It also has a Type C charging port.

This Vivo smartphone runs on Android 11 based Funtouch OS 12, which also gives users many great features. Also this smartphone has a microSD card slot. This phone comes with dual SIM support.

The Vivo V23e has a notch cutout, with a 50-megapixel front camera, which also serves as a selfie camera and video calling. Also, this smartphone has a triple camera setup on the back panel. Whose primary camera is 64 megapixels. It comes with an 8 megapixel secondary camera, which can capture 115 degree field of view. The third camera is 2 megapixels.

This Vivo smartphone has just been introduced in Vietnam and is priced at VND 8,490,000 (approximately Rs. 27,761). The smartphone comes in two color variants, with two options, Moonlight Shadow and Melody Dawn. The smartphone will soon be launched in other countries including India.

Use public WiFi? Then remember these things; Your account may be hacked

Netflix will launch a gaming app on the App Store for iPhone users, find out what’s the reason